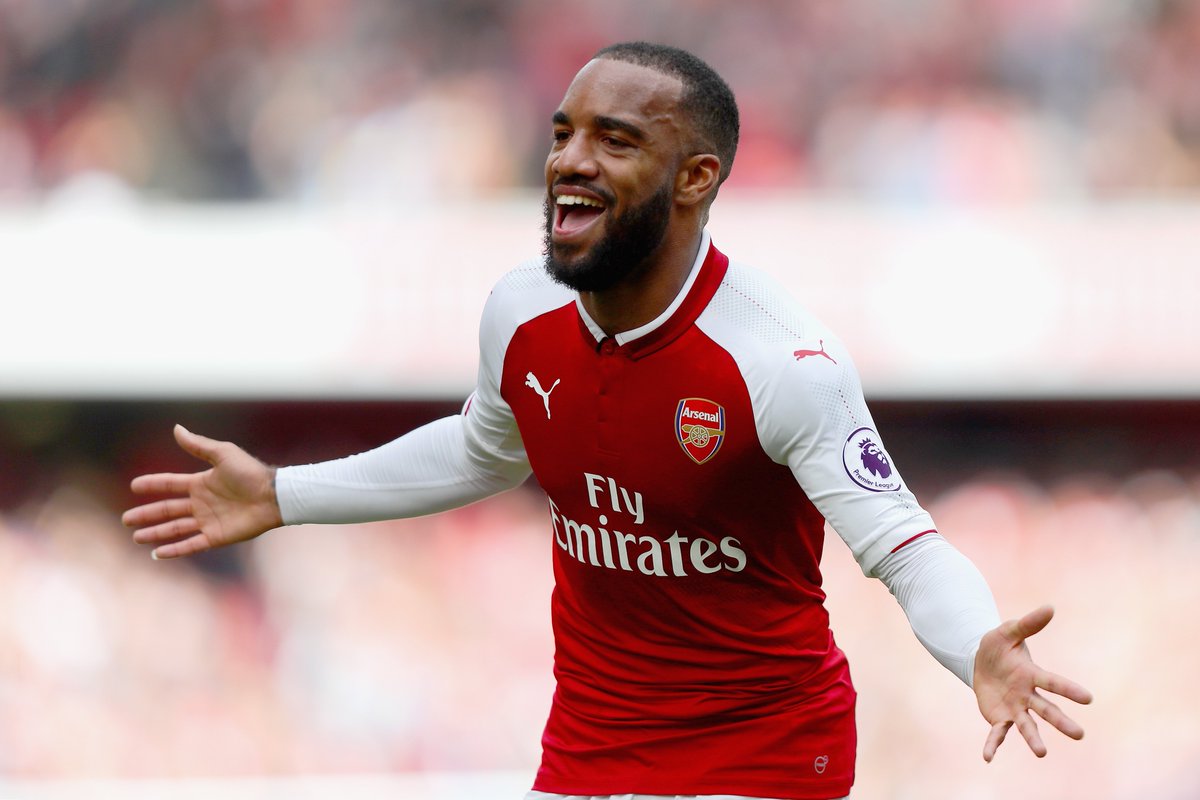 Shortly after, the Frenchman found himself on the sidelines with a knee swelling which required a surgery, but he has made a timely return for the final stages of the campaign. When asked whether he can play with Aubameyang in the same team, Lacazette said: “Yes, because he is different player. He loves the space and I’m a player who loves to get the ball to my feet. I think we can play together like on Sunday but the coach will decide and we need to respect the decision. But I like how Pierre plays and I think we can be good together. Auba is a nice guy and after the first penalty [against Stoke] he told me: ‘If there is another one I will give you the ball’. So it was nice from him.” END_OF_DOCUMENT_TOKEN_TO_BE_REPLACED

Speaking to SFR Sport, Giroud admitted that he is disappointed to have not won the league with Arsene Wenger’s side, but he is still hopeful of relieving his dream with Chelsea next season, he said: “I don’t know if we can really call it a regret but I have a little feeling of unfinished business because I would really have liked to have won the Premier League with Arsenal.
END_OF_DOCUMENT_TOKEN_TO_BE_REPLACED 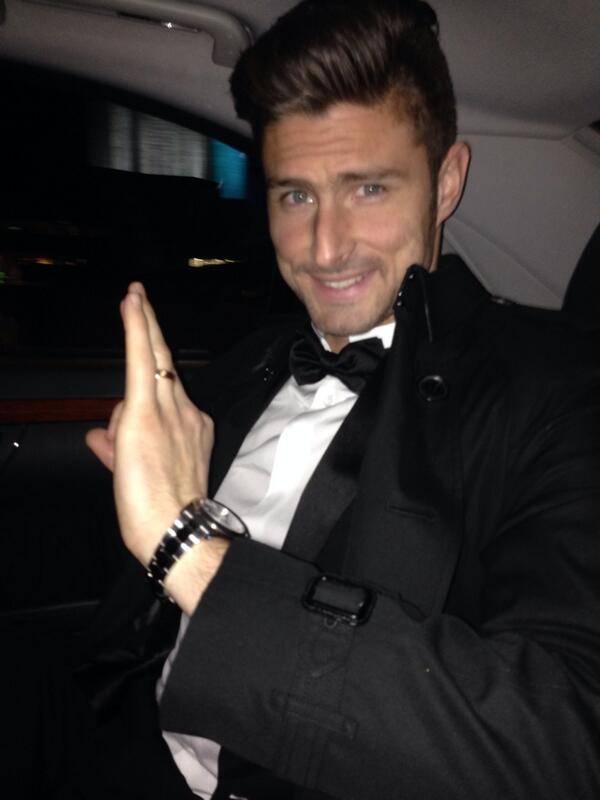 In an exclusive from Telefoot, Giroud admitted that he took the opinion of Deschamps prior to his proposed exit from the Emirates Stadium. Meanwhile, the Frenchman also admitted that he had received interest from the likes of Borussia Dortmund, Sevilla and AS Roma, but his choice was clear to join Chelsea after talks with Antonio Conte, he said: “A week before the end of the transfer window, I needed to hear his (Deschamps’) opinion.
END_OF_DOCUMENT_TOKEN_TO_BE_REPLACED

France are set to host England in an international friendly on Tuesday at the Stade de France Stadium.

The Three Lions will see Burnley goalie Tom Heaton and Stoke star Jack Butland play a half each as Joe Hart takes a back seat after conceding two goals via set pieces against Scotland.

This would be the first start for the 31-year old Heaton – though he would now play all four divisions for the country. Ahead of the game, he said the ambition to play for the national team never left him after several club experiences at Manchester United, Cardiff, Queen Park Rangers, Bristol City and others.

The Scots scored two late efforts against their rivals in the World Cup qualifier so the former Manchester City keeper would play no part in the friendly, Gareth Southgate confirmed. However, Southgate insisted that it was never his intention to play Hart from the onset.

The manager refused to blame Hart for conceding the goals against their opponents at Hampden Park. Two strikes from Leigh Griffiths beat Hart, who played full 90 minutes.

“They were great free kicks. Beyond that, coaching conversations I have with players stay private,” Southgate replied when asked his feelings about the goals. He added that the team could have done better in so many areas. END_OF_DOCUMENT_TOKEN_TO_BE_REPLACED

The French national team has named the squad that would prosecute friendly games against Paraguay and England and their important clash against Sweden in a World Cup qualifier.

Coach Didier Deschamps named Alphonse Areole of PSG, Benot Costil of Rennes and Spurs top choice Hugo Lloris in goal. Lloris is the favourite to start after an impressive run for his club in the Premier League.

AS Monaco defender Benjamin Mendy make the defenders’ list alongside Kurt Zouma of Chelsea, Christophe Jallet of Lyon, and Samuel Umtiti of Barcelona. Recovering centre defender for Real Madrid Raphael Varane was included in defence, as with Presnel Kimpembe of PSG and Laurent Koscielny of Arsenal. Lucas Digne of Barcelona and Djibril Sidibe of Monaco were also named.

In the middle, PFA Player of the Year and France Player of the Year N’Golo Kante was named. World transfer record holder Paul Pogba would line up alongside Corentin Tolisso of Lyon, Moussa Sissoko of Tottenham, and PSG duo of Adrien Rabiot and Blaise Matuidi. END_OF_DOCUMENT_TOKEN_TO_BE_REPLACED

On Thursday the Europa League match between Lyon and Besiktas witnessed crown disorder.

The fans spilled onto the pitch, delaying the start of the first leg clash between the French and Turkish side. The fans broke through the stewards on ground unto the pitch because fireworks had been set off and missiles sent from the stands of the visitors.

The fans ran for their safety, forcing the security to work at regaining order. All hands had to be on deck. Lyon President Jean-Michel Aulaswas pictured on the pitch trying to persuade fans to return to their seats.

France had labelled the match “high risk” as they pre-empted that the Turkish fans would want to make a political statement ahead of the forthcoming referendum in their country. The game between Monaco and Borussia Dortmund also witnessed delays as the bus of the Germans was attacked. The game had to be pushed back 24 hours. Monaco eventually won the match. END_OF_DOCUMENT_TOKEN_TO_BE_REPLACED

The Italy international, who moved to play in France with Nice on a loan deal, posted messages of his experience against racism on his Instagram handle.

“Yesterday the result against Bastia was right…we will work more and try to get our objective..the referee was good too but I have a question for French people…Is it normal that Bastia supporters make monkey noise and ‘uh uh’ for the whole game and no one of the ‘commissions discipline’ say nothing?,” Balotelli posted.

“So racism is LEGAL in France? Or only in Bastia? Football is an amazing sport..those people like Bastia supporters make it horrible,” he added. END_OF_DOCUMENT_TOKEN_TO_BE_REPLACED

France national team boss Didier Deschamps claims that he is not surprised by the success Zinedine Zidane has achieved since taking over at Real Madrid just over a year ago.

However, he is certainly surprised by the way the former French star has managed the club in this period. Regarded as one of the most political clubs, managing Madrid has to be a challenge even for the best in the business. Yet, Zidane has managed to win more trophies than the number of defeats that he has suffered at the club. Zidane has already won the Champions League, FIFA Club World Cup, and the UEFA Super Cup.

After achieving incredible success as a player,it was clear that Zidane was being groomed to become a future Real Madrid manager. However, the time came in abrupt circumstances when Rafa Benitez was sacked midway through last season. Rather than look outside for a coach, Madrid adopted the philosophy of Barcelona and brought in Zidane is the replacement. It has been a great move by Florentino Perez, as it has yielded the club their 11 European cup amongst other trophies. END_OF_DOCUMENT_TOKEN_TO_BE_REPLACED

France national team boss Didier Deschamps has claimed that it would be wrong to judge the young debutant making their way into the national team fold.

Goalkeeper Benoit Costil was one of the debutant and he kept a clean sheet, but Thomas Lemar and Sebastien Corchia came on as late substitute and had little impact on the game. It was clear that manager Deschamps’ decision to go for an entirely new lineup was one of the reasons for the team being unable to get a win in the game against Ivory Coast, which finished as a 0-0 draw.

Most noticeably, it was not a great performance from the team going forward, but they were reasonably good at defending. Despite dominating possession, the team could only muster three shots on target compared to two of Ivory Coast. France could afford to try out some new players after having achieved decent set of results in the World Cup 2018 qualification.

The national team’s next match is against minnows Luxembourg in March. “We had a tough game and it was a laborious second half.When there are many changes, it does not help. We won the game that we had to win on Friday and there I was able to give playing time to young players.It seemed appropriate for the team. Do not judge too quickly the players tonight. The requirements at this level are very high, but I do not often get the chance to do that.We have done very good things this year with the highlight being Euro 2016,” said the French manager.

Les Blues go into the Euro this year as host of the continental championship. The star-studded team has A-list players plying tackles in the best teams of the world. The players are all vibrant and talented in their various positions.

Hugo Lloris is the first choice goal keeper and squad captain. The gifted goal keeper is also the first team choice for in-form Tottenham Hotspur FC. He has contributed significantly to their campaign this season with Spurs in second place in the English Premiership League. In defense is Bacary Sagna plying trade for Manchester City FC. Young talent, Raphael Varane playing for Real Madrid FC has won many laurels with the club including the UEFA Champions’ League. Varane is also in defense alongside Mamadou Sakho and former captain, Patrice Evra.

These are the projected starting team for Les Blues. Coach Didier Deschamps also has options in West Ham United’s Dimitri Payet. The injury scare the team has is Nabil Fekir playing at Lyon. The attacker is close to returning to action but the talent may not make the final squad. The young player played last in September last year when France defeated Portugal by a lone goal. END_OF_DOCUMENT_TOKEN_TO_BE_REPLACED